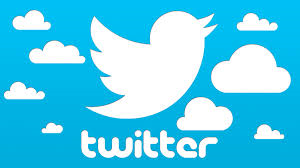 My dad is a Doctor Dolittle. He certainly has a way with animals. He interacts with them like people, mostly because he is a man who lives out in the country, and animals are the closest things to talk to. He has regular people conversations with animals; and like Dr. Dolittle, it is not limited to cats or dogs. Currently, he has 2 cats and 3 dogs and a frog that comes and sits.

One day when I visited dad, he surprised me by telling me the conversation he was having with a bird outside. Rarely does my dad get excited about things. Most of our conversations consist of the weather and typical daily chores. But on this day, my dad carried on about his interaction with the bird.

My dad carried on about their conversation, and his eyes lit up, and he was very animated, excited about this forged relationship with yet another animal. My favorite part however, was that my dad said, “Hey, now I’ve tweeted!”   My mouth dropped open in utter surprise. I didn’t even know he KNEW what tweeting was!

This interaction with my daddy got me curious about the origins of Twitter and just had to look it up. And though Wikipedia isn’t a formal, technical way of finding things out, it most certainly has a line or two that suggests how it came about.

Dorsey has explained the origin of the “Twitter” title:

…we came across the word ‘twitter’, and it was just perfect. The definition was ‘a short burst of inconsequential information,’ and ‘chirps from birds’. And that’s exactly what the product was.[

It was quite an interesting article. You can read more about it HERE.

Later that day, I heard the “twitter” of the birds and just smiled a sweet smile just thinking that maybe a man like my dad could have been an originator of the first tweets.

Another glorious day with my daddy.  :0) 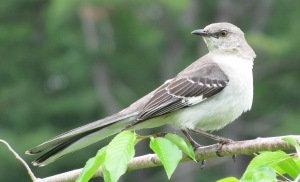 Words are powerful and hold the keys to bring healing, play and joy, making life extrordinary. Words can also shift the world into a better place. I am a writer; a storyteller and a relatioship coach; buidling better relationships from the inside out so we can have more joy, communication and love in our lives. Let's explore! Let's create! . ~ Love, Marie Lukasik Wallace